I thought I would have a better answer to this question since I’ve been working on myself for a good 33 years now.

According to the office of Births, Deaths and Marriages, I am Mrs Andrea Lucy Brown. Wife to Damien Brown, my loving and supportive husband of almost 10 years.

Marrying Mr Brown was one of the happiest days of my life, he is truly the other half of me and without his unwavering love and support for all these years, I don’t know who I’d be today.

There was a long period of time that I was lost. Nobody has the idyllic childhood and I certainly didn’t have the worst upbringing imaginable but let’s just say it was tough. I grew up with a very warped sense of self worth and unfortunately this seemed to shine out of me like a big beacon that attracted men who possibly weren’t the greatest for my personal development. My low self worth navigated me through that tough time in adolescence/young adulthood where I made some colossal mistakes but by the end, thankfully I found a man worthy of me.

I won’t lie, Mr Brown can be a real pain in the arse and sometimes he can be incredibly arrogant (which drives me mental). It’s not really his fault, he’s more computer than man, let’s be honest. A computer/man hybrid he may be, but he really is a genuinely lovely dude.

Yes, I am a Mum. It is the HARDEST JOB IN THE WORLD.

Don’t get me wrong, I love my kids and there are times that I love being a Mum… but wow. Having kids really is ‘not like the movies’.

My son, Elijah has Autism Spectrum Disorder. That’s a whole blog post on it’s own so I won’t delve too deeply into that one but let’s just say I had a pretty rude awakening into motherhood.

Some liken the experience of ASD  to going on holiday, hopping on a plane and expecting to go to Italy but the plane takes you to some random European country that’s equally as lovely but DIFFERENT.  Yeahhhh… I would probably say that instead of arriving in a different country, it’s more like arriving on a whole other PLANET.

My daughter Lily is basically a sassier version of myself. She’s only four but holy moly, that girl can manipulate anyone into doing whatever she wants. I don’t know if I’m proud or disturbed by her potential but either way, nobody is going to mess with that little madam.

Motherhood certainly hasn’t turned out the way I thought it would but it has changed me, maybe even morphed me into a much stronger person than I ever thought I could be. After pushing them out and holding each one for the first time in my arms, I realised that I was truly amazing and powerful because I had created life and brought it into the world.

From a very young age I just knew what I wanted to be. On the weekends, it was my job to do the washing (classic Polynesian upbringing = child slavery) and I would wrap myself up in the bed sheets and pretend I was wearing a beautiful couture ball gown. I’d watch myself in the reflection of my brothers bedroom window and thanks to my really crappy eyesight, I really did look as if I were swathed in silk and diamonds. In my imagination there was no crappy hills hoist, weeds and a mountain of washing… only me and the beauty of my creation.

All throughout my childhood I would sew cute little things for my teddies and my dolls and eventually I was able to actually learn to properly sew in High School. Textiles was my favourite subject and machine sewing just came naturally to me.

After the trauma that was adolescence, I was to decide what to do with my life. I ended up at the Melbourne School of Fashion and studied Fashion Design and Pattern Making/Garment Construction.

I often look back at that time and wish that I could time travel to just give myself a massive bear hug. I had an eating disorder, low self esteem, depression and anxiety. Of course I had no idea that I actually HAD those things at the time. Being thrown into an environment that cares little for young women with eating disorders was incredibly difficult.

I loved learning all of these new skills but the trauma of being exposed to these horrible women in the industry scared me off for years. With a heavy heart I accepted my new qualifications and tucked them away in a box that I would not open for 15 years.

It wasn’t until after I birthed my children that I realised my own personal power. If I could bring these babies into the world, I could do anything that I set my mind to.

For a good two years I’ve been slowly building up my business in between being a Wife and Mum. Has it taken me way longer than I hoped? Hell yes. Has it been difficult? Absolutely. 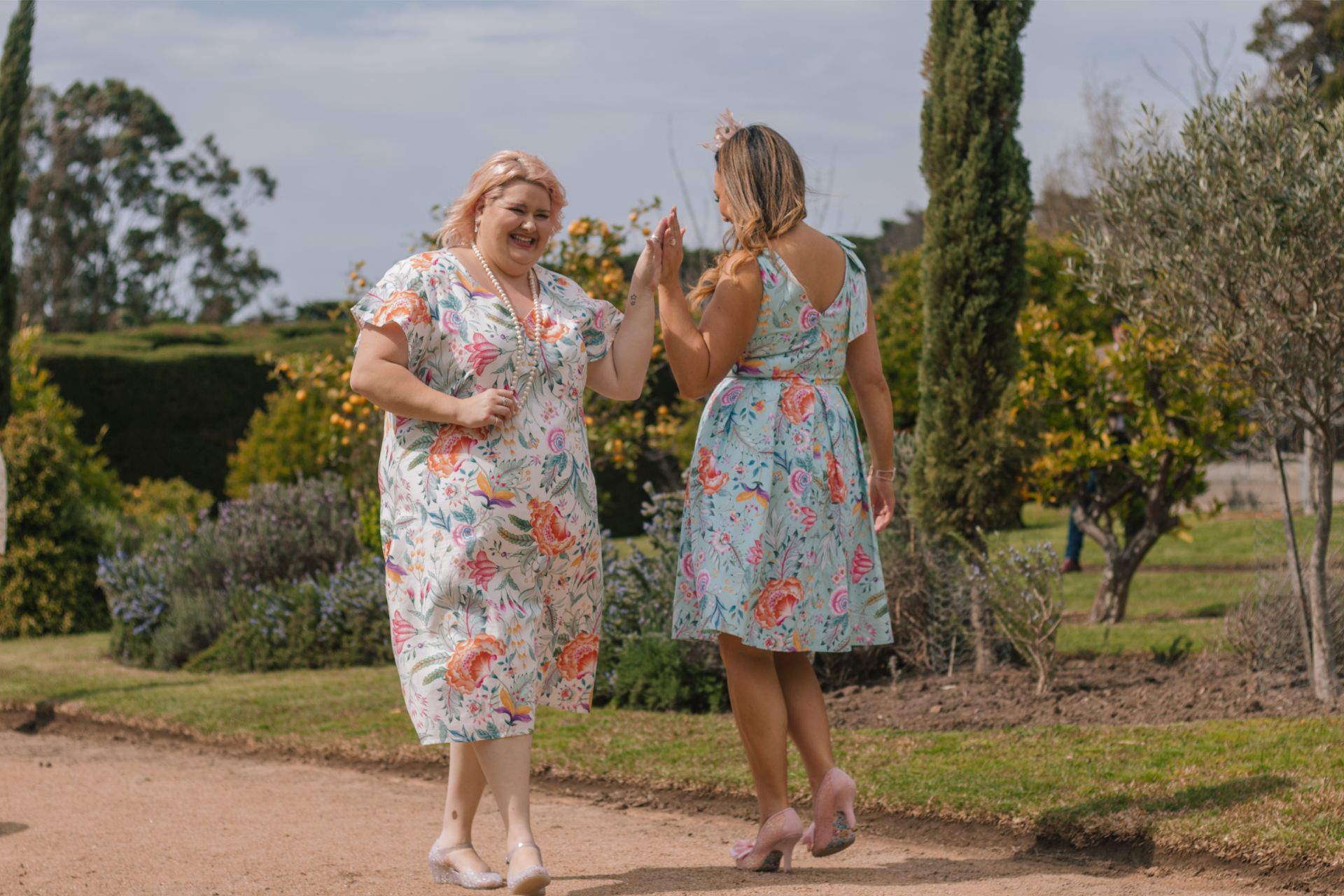